Finn remembers. The dark woods. The chair of bone and horn. He sat on Santa’s cold lap. The blue-black skin. Moon-glow eyes. The clotted beard. That distended belly that shook like things writhing in jelly.

May your holidays be weird. Want to make them weirder? Check out my story, “How to Kill Santa”, in Weird Winter Stories, an anthology featuring the characters of Sparrow and Crowe (from the audio drama Wormwood: A Serialized Mystery).

Norse draugr mythology meets Santa lore, preternatural parasites, and more! I’ve even made you a playlist to listen to while you read.

The night before Christmas is a long stretch of dark.

You can hide anything there.

The blog is hungry. “Feed me! Feed me!” it keens. My fingers are full of Bandaids.  No more blood letting. I’ll have to feed it words. Words. Words!

So what’s been happening over my winter?

A Very Outer Gods Christmas
It was a very quiet Christmas. My brother Nick and I stuck it out in the new apartment in Durham, unable to visit family this year. I did receive a very special present from a special lady who took it upon herself put together my very own framed Nyarlathotep artifact.

Not only did she know to make something regarding the forbidden lore of the Outer Dark, she even new which of the Outer Gods was my favorite! There was only one thing to do…

Would An Amy By Any Other Name Be Just As Sweet?
…hop a plane to the UK and spend New Years with this fantastical darkling fae darling of the British Isles. Ladies and gents, I give you the significant to my other, Amy Sweet!

We’d been in contact, via the internet, for over half a year. Now we’re trying our hand at this long-distance relationship racket. I plan on bending space/time anyway. Besides, she’s pretty cool, like Morticia and Wednesday Addams in one. I mean…just look! 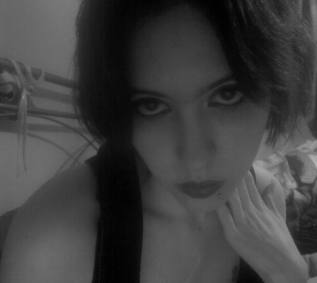 I had a blast. I had my first stout-while-in-a-British-pub. I consumed a new episode of Sherlock, freshly plucked off the tree, while it aired on the BBC.

I had a proper British roast and Yorkshire pudding. 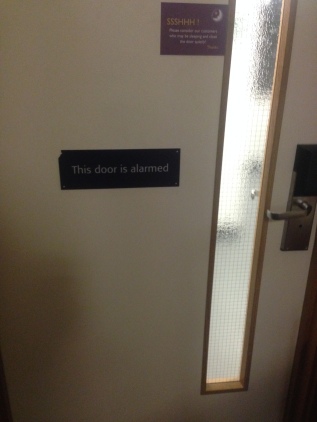 This door had just received an aweful fright. Poor dear.

Long ago, I made a promise that I would not be with a woman who could not soundly thrash me at Magic… 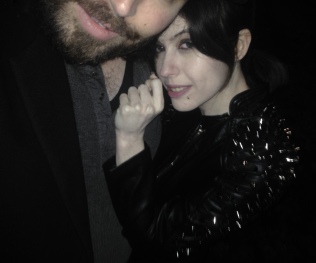 …luckily, she is a frighteningly formidable gamer. Seriously. I have internal damage now.

That concludes Part 1 of my winter hijinks. Stay tuned to hear how I became an Italian American vampire in the roaring ’20s, how I discovered tobacco pipes and old man sweaters, secret screenplay writing projects, secret cartoon writing projects, brain-dissecting interviews, and more!

Need a soundtrack to set the mood for reading strange holiday fiction? Here’s the playlist I listened to while writing “How to Kill Santa” for the anthology, Weird Winter Stories: A Sparrow & Crowe Yuletide Anthology.

Click the GIVE AS A GIFT button and fill someone’s digital stockings with weird winter fiction.

I’m a Halloween boy, born and bred in the pumpkin patch, but I’ve always loved the Winter holidays. The mix is not so incongruous…or rather the incongruity works. Winter/Yule/Christmas and all the rest have had an affair with Weird Tales for a long time–from Charles Dickens to The Nightmare Before Christmas. It was not so long ago that winter was a deadly time of year. The harvest is behind; the spring is impossibly far ahead; the nights are long and dark–time to gather round the fire and tell strange stories.

I had the good fortune of working with the creators of Sparrow & Crowe on an anthology of the winter weird, featuring their eponymous occult investigators. If you like to see more of the odd duo, check out their comic book (try out the free software on Comixology–I’d never thought I’d enjoy reading a comic on a phone, but it’s pretty sweet). Also see Sparrow and Crowe in their original appearance as part of the podcasted audio drama Wormwood: A Serialized Mystery (free to download from the website or iTunes).

Best of all, all proceeds from our anthology of winter weird goes to a charity: 826LA.

Check out my story, “How to Kill Santa.” It mixes Christmas, Santa, Norse undead known as the draugr, and hagfish! It’s Steven King’s It meets A Christmas Carol and a dash of Goonies.

“Are you easily offended?”

“What?” the young woman said to the middle-aged stranger in line with her for coffee at the bookstore.  I’d gotten my coffee and was at a table, with my notebook.  I readied my pen…just in case.  I’ve learned to keep my eavesdropping radar up in public places.  One never knows when usable dialogue drops out of a stranger’s mouth.

“Are you easily offended?”

“Good.”  He smiled, encouraged.  “Did you know that a mouse ejaculates, on average, every five seconds?”

Down to Business and Board Games in My Head

It looks like I’ve been away from the blog for several weeks.  Sorry.  It’s been a rough several weeks…kind of bad.  Well…that’s not totally accurate.  Most of those weeks have been good.  The holidays were fun.  I’ve forgotten a few resolutions on schedule.  Shits n’ giggles.  But one underlying aspect has been hard…

…the outline for my novel.  I’ve been drowning it it.  Consumed by it.  Sluggish progress.  Lots of staring at a screen.  Lots of feeling little and talentless and stagnating thoughts.  For some reason I’ve had a lot of trouble bending this to my will.  I was trapped in my room, trapped in a circle of thought, stagnating.  Trapped.

Don’t worry.  I fixed it.  I turned inward.  Got sensitive.  Introspective.  I went into my head, via mind’s eye.  I found the damaged soul fragment, a shard of me, one of my dimensions, the little, shivering, Insecure Me.  He jumped at my approach, jittering and nervous.  “It’s alright,” I cooed to my little soul fragment, “I’ve come here to fix it.”  Still sobbing, the little me, Insecure Me, let down his guard and walked towards me.  And then I blew his head off.  That’s right.

In the library of my mind.

With the revolver (I lost the candlestick sometime in my teen years and I usually save the lead pipe for bashing in the skulls of inner demons).

Insecure Me fell to the floor.  I cleaned the mess.  I hid his body in a barrel of quicklime and when the police knocked at the door, there was no evidence at all—the perfect crime—ha-ha.

I know in this age of Oprah-wisdoms we’re instructed to tenderly reconcile with all aspects of our being.  That’s nice, as far as it goes…but sometimes, I think, it’s more helpful to commit brutal homicide on the little voices in our head that tell us we’re no good.

Well now, catching up would take too long.  But here’s some random things that come to mind from the last couple months…

I started the day out in a literary discussion, and ended it with my pants off at a party.

I woke up on a November Saturday morning, unusually early, and headed to Volo Bog.  Every month they have a “Bogs and Books” meeting where they discuss some book or another.  That weekk they discussed Beowulf (the epic and the recent movie) so I thought I’d stop in.  It was small and the age gap was big…but I think they were excited for some young blood I the discussion and I can hold my own in a mythology/folklore/epic discussion.  One of the women who runs the bog visitor center and the activities there was very excited to hear that I was writing a book (more specifically, that Volo Bog was featured in a chapter).  I had fun.  I haven’t had very many literary discussions lately.

That night, I braved the cold to Bloomington, to the every-lovely Karisa and ever-armed Johnny Law’s graduation party.  As it turned out…I was just about the only one to show in the vicious weather.  Even so, there was drinking and bizarre merriment and I really, really, REALLY missed seeing these folks (among others) during my purgatory in 7-11.

Gaze now, if you dare, at our eccentric fun:

I was the go-between between Twilight Tales and Cafe Aeon and worked out a reading/signing for Book of Dead Things on November 25th.  I got to MC the show, read a story, and sign books…so it was all fun.  The Twilight Tales folk are now in love with Aeon.

Christmas was fun and relaxing.  Saw the extended family.  I got a new bed…a water/matress hybrid that is as warm and comfortable as a blue whale’s womb.  It’s the first step in fixing my sleep troubles and it’s gone well.  Saw friends during New Years Eve.  Drank large quantities…played rock star…even lit some sugar over absinthe.

So I just got back from the Sundance Film Festival.

Night, kiddies.  In conclusion, remember to arm yourselves with those revolvers and lead pipes.  Self doubts and insecurities are everywhere.  They can even spread from person to person…so sheath those soul condoms and play it safe.