My father is a magician. He does impossible things. He does it well enough that when I have a party, my friends ask, “Yeah…but will your dad be there?” Sometimes, I write and voice things for his shows. Once, I played the part of a ghost trapped in a bottle.

Most recently, I wrote up and recorded a bit where I play an animated drawing of Christopher Walken. Recently, I posted the crazy, five-card tarot deck I invented for the routine.

Here’s a recording of the trial-run performance of that routine. I think there’s some nuts and bolts we’ll tighten, shorten it up a bit, but it’s had a good maiden voyage with the audience.

My dad is a magician.

That ranks up there with my favorite sentences. Some time ago, I wrote the patter for a stage routine of my dad’s and did the voice recording for the ghost. The routine has since been updated with some new effects. Here it is. Magic by Mark Doetsch. Ghost by Joshua. 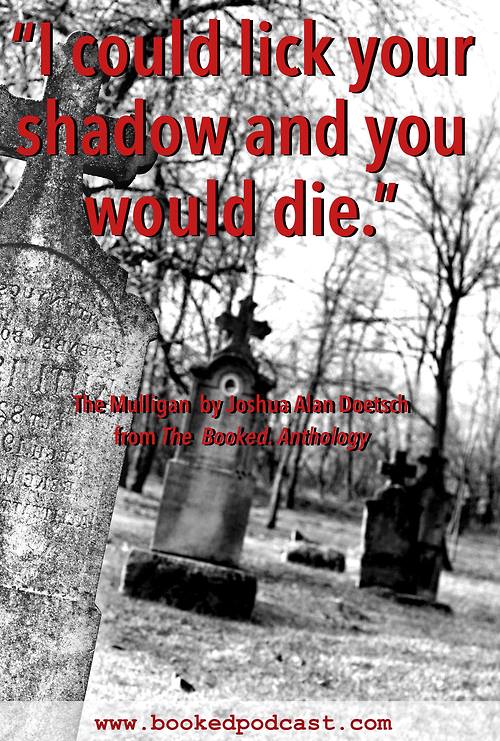 Raven brains and lunch boxes, that’s what you’ll get in my story “The Mulligan” featured  in The Booked. Anthology, brought to you by those wicked lit-jockeys over at The Booked. Podcast. It’s a motley collection of authors doing untoward things with words. Here’s a little audio taste of my story:

Have a taste for more? Head to store at http://www.bookedpodcast.com/ (and get 50% off with the code: LR50). Read some twisted tales and join the October-long discussion.

Over the summer, I participated at the anthology’s release party, where I signed books, and read a new story, “Alas.” Give a listen to the Booked Live Event.

My dad is a magician, and I sometimes write routines and dialogue for his shows. This is a bit I wrote for a show he did recently in St. Louise. I also did the voice work, playing the part of a haunted card. The camera work is not great…but enjoy!