Before I made my intrepid journey to China, I had a weird night with the pink penguins… But that’s a story for another time. Tonight, I saw my first set of bats in Beijing, flapping overhead, on my walk to dinner. I took it as an omen — so tonight, I want to talk about another intrepid figure sporting a fedora and satchel. 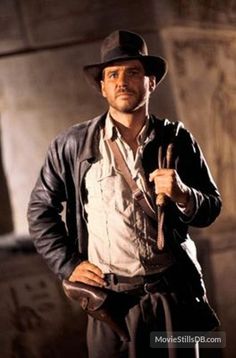 I’m talking about the vampire Beckett.

Those familiar with the table top RPG Vampire: the Masquerade, will recognize Beckett. He is the globe-trotting, Gangrel vampire scholar. He’s a fan favorite, certainly one of mine. Recently, I got to write him.

The ooky-spooky folks over at Onyx Path Publishing are currently running a kickstarter for Beckett’s Jyhad Diary. Visit the link for a more complete description of that book — but it is a chronicle of Beckett’s adventures and misadventures around the world, digging into the mysteries of the metaplot. Becket is a sardonic voice and a skeptical pair of eyes. He’s an ideal point-of-view character.

Click HERE and you can even read the entire chapter I wrote, taking place in Chicago (in the un-pretty manuscript format). Chicago By Night was one of the earliest books I picked up for the Vampire game as an impressionable teenager. All of those plots and undead have been crawling in my brain for nearly two decades. And I got to revisit some of them!

And my proudest easter egg — the one that makes my inner fan squeal? Malcolm. If you dig back into the 2nd edition of Vampire: the Masquerade, the sample character they use for the character creation example is a Gangrel named Malcolm, a vampire narcotics cop (so deliciously 90s). I dug up old Malcolm. If we are celebrating this game and its 2+ decades of growth and development, why not take the very first statted character I (and I’m sure others) encountered and see how he’s grown and changed? Malcolm was made a vampire just when this game started. The histories are parallel. So take a peak at what Malcolm and the other Chicago vampires have been up to.

What are some of your favorite past Vampire characters? Let me know. Till next time…

Goodnight out there, whatever you are.

Fangs are fun when you don’t miss the sun.

Gaming and roleplaying have done a lot for me. They pushed me to meet friends, travel, and learn some of my earliest lessons in storytelling. It’s even led to a career. And one of the games that had the most profound effect on me was Vampire the Masquerade. Now, in its V20 (20th anniversary) guise, I get to play with some of those toys professionally.

The Kickstarter for the Deluxe V20 Lore of the Clans has begun. I’ll let that page tell you about the book. I got to do the write ups of two of the clans therein: the Followers of Set and the Tzimisce. The Kickstarter has some fun pledge rewards, and a nifty achievement system (involving some vampire-themed selfies). You can even download the pre-layout text of the 99% finished manuscript.

Here’s a little sample of what I wrote in it, the opening fiction from the Tzimisce chapter:

The Hospitality in Clay

With the ghoul’s corpse at my feet, I knew I was dead. Because, years ago, the Countess had vowed to end me, and the spirits of the angry earth hear her promises.

Had the Cardinal sent me to die? A gift-wrapped soul to squeeze the juices out of? He said it would be a fine gesture, an old enemy welcoming her to the new world. I was the one, the only survivor of my pack, or any of the other packs for that matter. All that prestige, but it was just dumb luck. My Romanian nights. The bad nights. The kind of hell you can only enter by pissing off an ancient, entrenched Fiend. I still wake to blood sweats in the day, pulling the grave dirt over myself like a safety blanket.

I drove up the long driveway, in disbelief that a creature like the Countess could uproot and move to New England. We never actually beat the crafty Koldun. One night, she offered peace and to play nice with the Sword of Caine. She had a very specific list of demands. We agreed to every one.

Approaching the manor, I caught memory fragments, thought I recognized trees, stones, brickwork, and statues. I could smell it — in the potted plants and garden — soil from the old country, aeons of blood and loam. That’s the thing about earth: it smells like birth and decay, and you take on the dreams of those who died in it. The Countess was the land, and she had brought it with her, piece by piece.

I waited for a servant to formally invite me inside before stepping over the threshold. Old memories haunted the manse. In the dining hall, I found a woman weeping. Mortal. Dinner. Then I found a dead man on the luxuriant carpet, throat vacated. I recognized him, a revenant ghoul, the Countess’s favorite.

A door burst open. “My lady, come quickly!” a voice called out. Another familiar face, Janos. We had flesh-ripping history. We flashed mutual fangs.

I flinched. Didn’t see her enter. Just a gust of wind, and then her stark face, cheekbones raised like guillotine blades.

“Countess,” I stammered. When did I learn to bow? She was resplendent in her frock coat. I felt suddenly self-conscious in my leather and body mods. I’m a child of the night. A badass skin-flaying, fang-kicker. Wherefore this fucking shame?

“He killed one of yours, in your own home,” Janos said.

A deadly dark eyebrow arched. The rest of her was statue still, except those long, powerful fingers. Her hands never stop moving. She looked at me. Through me. Dying moths fluttered under my skin.

Then she looked at Janos.

Her grandchilde’s mouth opened. Closed. Then he whispered, “I did it for you, Baba. Now we can kill him.”

“That is not what must happen now.”

Then the Countess was there, shielding me, the knife in her chest. Her face was still, but the rats raged in the walls, the wind shrieked, and the windows blackened with thousands of leathery wings.

“Shhh,” she said, a finger on Janos’s lips, and he froze. “I honor enemies with death, not trespassers.” She then whispered old words into his ear. I heard the name “Kruchina.” Janos wept, full-bodied sobs, till he was nothing but blood tears and blood snot.

The Countess swallowed Janos with her eyes and said, “Go now and tell Fickó to give you thorough tenderness.” Janos’s head darted about in terror as his Judas limbs carried him away.

The lady of the manor then gently took my arm, pulled out my chair, and sat me down at the dining table. She placed the living girl before me.

“He was right,” I said. “That was a perfect opportunity to kill me.”

“You are my guest,” the Countess said, as if explaining gravity to a child who dropped a toy down a deep well with no echo. “Perhaps one day we will honor one another, but for tonight, I will sacrifice every drop of my blood and every pound of my flesh to protect you.”

Taking her seat, she opened an ornate music box. It played a twinkling Romanian lullaby. Inside was a handful of the ancient earth. Praying, she opened her wrist and bled upon the soil. Then, she began to eat.

My smartphone vibrated and burned in my pocket, but I dared not answer it. Outside, something howled. Somewhere, Janos screamed. That’s when I knew I was dead. Sooner or later. The Countess keeps every promise.

She looked up from her supper of crimson clay. “Are you not hungry?”