Life has been a burgoo of strange/wonderful/painful/exciting/frightening/unexpected complications and crossroads.

[REMINDER: Fill in revealing details HERE. Or just ask my one-eyed cat. She’s heard it all.]

I’ve been under the sway of intense mood swings lately. That’s not me. Not usually.

My moods are steady. “Distant” and “detached” are not quite the right words…but they might be second or third cousins to the right word. I’m usually the other end of the barometer—people say things like, “You’re stressed too? We’re doomed!” I have my own peculiar set of triggers—we all do—but a lot of the day-to-day (and even not so day-to-day) stuff, that sets many people on edge, rolls off me like water droplets.

I know people that swing on these moods. Tempestuous as they get, they seem practiced. I’m not. I’m stumbling like a toddler with an assault shotgun—doing all of those predictable things (even indulgent blog posts!). Part of me is present, going through it. Part of me is removed, fascinated, watching myself play with these new, terrible toys—figuring out which bits might be useful for writing fiction—shouting out commentary.

“Wait, you’re not really going to do that, are you? That is so cliche!”

My instinct is to be outwardly pleasant.

I can’t tell if this is adding new depths to my personality…or just undermining me.

Right. I’m done with it for now. Time to kill the little darlings. Time to get back to shop talk, the craft, the laboratory.

140 Characters In Search of a Story

If I was training someone to write video game text, I would have them write twitter fic. These are stories in 140 characters or less. It’s a sort of narrative haiku in prose. More than the finished product, it’s a good exercise. Write one twitter story a day. It strengthens certain muscles, tightens economy of words. Cramming a story into an impossible space is a logic puzzle. It teaches problem-solving skills. You’ll find a way.

It is all about using the spaces between words, the implied story, showing dots and letting the reader imagine the connections. Want an example? Ernest Hemingway wrote one: 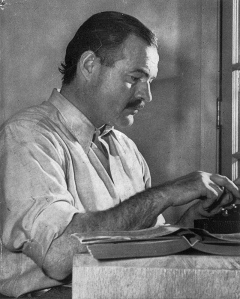 See that? He gives you six words and lets you do all the heavy lifting. But I know what you’re really asking: “Hemingway wrote twitter fic nearly a hundred years before twitter was invented?” 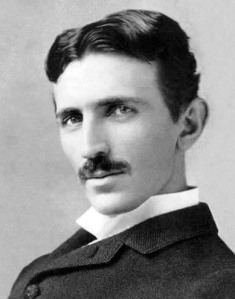 I can only deduce that Hemingway forced Nicola Tesla to take him back in time so he could punch out a T-Rex—igniting a most unlikely bromance and a series of adventures through all time and space. It’s the only reasonable assumption.

Back to twitter fiction. Write one story a day. I’m starting up again. It’s like doing writer crunches. In game writing you have to learn to make do with limited space and arbitrary constraints. Making do is nice, better still if you can reconcile—make the limitations your own—use them to force a line of thought more creative than you might have conjured on a limitless canvas.

Get a twitter account. Check out the #vss hashtag to see what others are coming up with and post your own. You might find it addictive. It’s a level of instant gratification that writing does not often allow.

Not sure how to start? Try summing up a novel you’ve read in 140 characters. This is also a nice way to jot down ideas you have for larger stories. The advantage here is that the note is already put into narrative form—I find this sometimes gives the idea a certain amount of pent-up velocity when I come back to it. If jotting a story note is like planting a seed—shaping that note into a micro-ficiton is like planting that seed in a packet of nutrients and miracle growth.

Here are seven examples of my own:

This Way to the Egress… 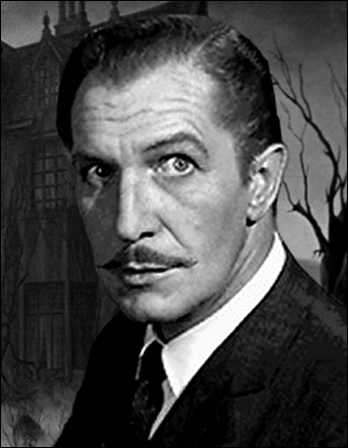 2 thoughts on “Strange Love or: How I Learned to Stop Worrying and Love the Twitter”